‘RSL Warhaven’ is purpose-built accommodation for ex-service people and their families of all ages. Located in the suburb of Manunda, Cairns, it is a medium density residential development comprising 56 new and 18 refurbished apartments across five buildings and is complemented by communal social spaces and facilities and extensive gardens.

Although the development needed to achieve higher residential density, most of the residents came from low-density housing. Noel Robinson Architects (NRA) therefore designed the development to retain features that were familiar in that context, such as the extensive use of timber finishes, elevated verandas and an ever-present connection to landscape. The buildings are threaded with open-sided pathways, with spaces suitable for social interactions among residents scattered throughout.

The re-developed site is significantly higher in density than it was previously. Screens and carefully oriented balconies help break up the visual mass of the development’s eastern side and scale it with its immediate neighbours.

The scheme deliberately avoids being perceived as a ‘gated community’. The edges of the site have been left permeable, providing multiple opportunities for the residents to move freely into public areas, enhancing their sense of personal autonomy.
To ensure the wellbeing of its residents, RSL (Queensland Branch) engaged an occupational therapist as part of the consultant team. NRA utilised her services to ensure the development was functional for both aged and potentially disabled residents, which greatly benefited the final design outcome.

The decision was made early on to work with standard building methodologies, which allowed greater investment into creating spaces for tenants to interact with each other. Additionally, the use of low maintenance, highly resilient building materials served the client’s long-term maintenance objectives for the site.

Given the site’s tropical climate, the decision was made to use passive cooling techniques such as extensive shading, open-sided and open-ended circulation corridors and attention to cross ventilation. Extensive sun shading on each façade – which can, in some cases, be operated by residents – responds to the variable impact of the sun. It is envisaged that these measures will make the development less reliant on energy intensive mechanical cooling.

Ultimately the scheme delivers on the client’s brief: to upgrade its housing stock in Far North Queensland. The upgrade also provided an opportunity to address some of the social dynamic issues that had historically existed in the RSL Warhaven community and which had become obvious during the project briefing process. These included the need to provide separate men’s and women’s social spaces, to discourage the belief that communal space could be ‘owned’ by individuals, and to allow residents to interact in a way that respects each person’s relative comfort with regards to the scale, frequency and exposure of that interaction. 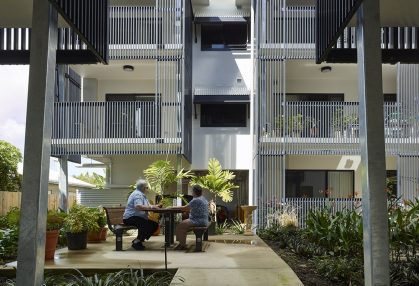 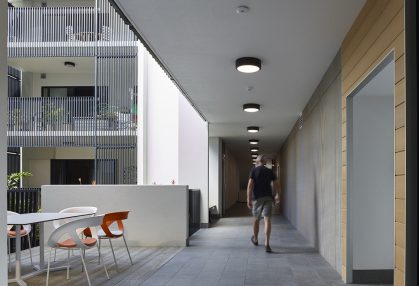 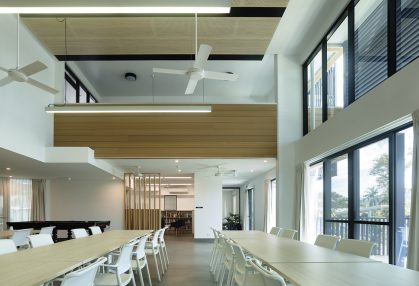 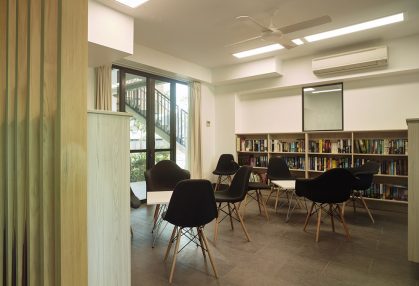 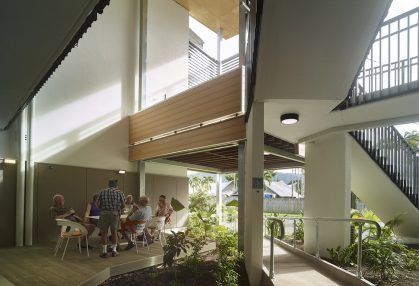 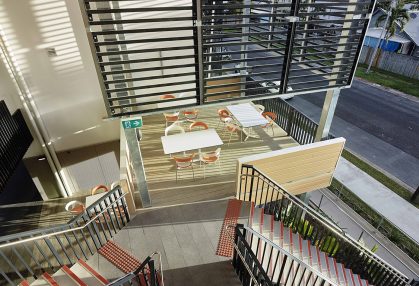